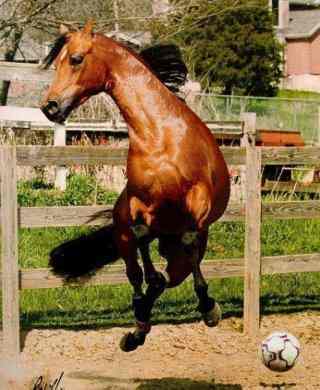 A top of the table clash loomed as a tough encounter & it turned out that way. The Rangers boys fought hard all day but the bounce of the ball just didn’t go our way. A couple of unfortunate goals gave Burwood a flattering result with the match being a lot closer than the scoreline would suggest.

The Rangers lead cheerleader/ medic, Ade Deighton, said that today was one of the most exciting games to watch so far this season. The team has really come together and working as more of a unit than ever before. After the first half of the game the score was 0-0 as both teams played great in attack and defence. At the start of the second half, Burwood played a stronger game and managed to sneak two goals. Rangers dominated the remainder of the second half but after a number of shots, just couldn’t manage to score.

For the 5th game in a row the other team were awarded a penalty but our star goalie Sellie made a great save, claiming the man of match award in the process.

On a side note; once again, Adam (aka lead goal scorer) was playing defence for the whole game. Just saying, this is probably why we didn’t score. On another side note, we welcome back Dan Lord to the team after a month away in Fiji and US. He said he has “become much more flexible since his time at San Diego Gay Pride”. Welcome back Dan!

Going onto the field with only 9 players was always going to be a tough ask for the Rangers A boys against a full strength opposition. All of the boys played outstanding and showed the true Rangers spirit. Despite being down by 2 goals, the boys fought hard and drew back level to be 2-2 with 20 mins remaining. The boys kept defending hard & fighting for every ball and created a couple more chances to put us ahead. Unfortunately the crossbar kept the scores level and eventually the impact of 2 games in 2 days playing 2 men short took it’s toll with Marrickville scoring 2 late goals.

From Rob: I couldn’t be prouder of all of the guys on the pitch today. They gave absolutely everything & managed to put together some nice passages of play that almost pulled off a miracle win against the odds. The effort today in trying circumstances was fantastic!

A great way to finish the season on a high note. The Rangers came into the game with only 10 players against Roselands 13 players and after 30 minutes were down to only 9 with Scottie out due to an injury.

Against all the odds, the Rangers played their best game of the season. Sellie (aka best goalie in the division) had some great saves – minus yet another penalty awarded in the goal box. Team captain Ryan, managed the defending line extremely well with both Dooky & Pete manning at least two players each throughout the game. In the midfield some great passing from Steven & Binfeng who continually managed to slip past the Roselands defence and retain possession of the ball. We also saw an amazing goal from Jon and an excellent assisted pass from Dan L to Thomas who kicked it straight into the back of the net. Man of the match went to our star midfielder Thom for some great shots at goal, including a great header that only missed by less than an inch.

Great end to the season boys!

Posted on August 5, 2013 by josephroppolo