RANGERS ROUND-UP: All three teams win for the first time this season! 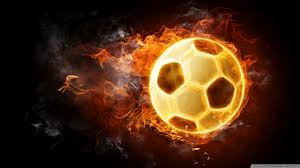 Against another team looking to cement a top 4 position, Rangers A took to the field and looked in control for the majority of the first half. The boys were unfortunate not to go into the halftime break with any goals. The second half saw the same dominant passing game and solid defence. A patient approach eventually led the team to score 3 goals by Seb, Duncan & Dan W.

Coach Rob Lumb: “I think this was our best game of the season and I’m sure the boys feel the same way. Our defence was solid, our passing game was fantastic and the commitment to the end was great. An awesome team effort!”

It was wonderful to see so many people supporting Rangers B which was greatly appreciated. The first half saw the best football the team has produced this season and this eventually paid off with a goal scored by Jon. At half time Rangers B were leading 1-0, but despite everyone in good spirits we knew how fast this could quickly turn around. It was great to see Rangers B hold out Belmore in the second half to come away with a famous 1-0 victory.

Coach Scott Haddin: “Keep up the good work boys and we will see more wins coming our way!”

A few injuries and other commitments saw us down to the bare 11 to face top of the table Hurlstone Park. And so we took to the field knowing we had given them a run for their money a few weeks ago. The first 30 minutes saw us play the ball around really well and cause the opposition lots of problems. Alan was proving a handful in the air and starting to find his range. Our dominant possession was rewarded when Banky swung in the perfect corner for Alan to head into the back of the net. Hurlstone Park’s number 2 came on before half time and had an immediate impact to level the scores. Our Div 6 team provided 1 sub which we started to utilise in the second half, although a hamstring injury to Sherif and an ankle injury to David saw us down to 10 men for 15 minutes. Hurlstone Park were pressing but our rock solid defence and Brucey in goal kept them at bay. David came back on in true warrior spirit and a late breakaway saw Akio in between the defender and keeper who were both intent on pushing him off the ball. On his way down he managed to stick out his trusty right foot to divert the ball home for a 2-1 lead.

Coach Billy Kennedy: “Each man defended with their lives to see out the last 5 minutes for a famous win. Awesome result lads!”

RANGERS B v Burwood B 4-0 LOSS

Rangers B had a double header on Sunday and with our regular goal keeper (Sellie) unavailable for the match, up stepped Dan Lord to play in goals. And “stepped up” he definitely did! One of his first saves was so amazing even the other team congratulated him. His saves kept coming all game and he played really well. Even though it was a tough game, Rangers B continued their good form from the previous day and played exceptionally well continuing with the short passes and communication. Despite losing the game, no-one gave up and kept fighting hard right to the final whistle. Tom gave everything he had which was noticed by everyone on the pitch and he won man-of-the-match.

Coach Scott Haddin: “This was a great weekend for the Rangers B team. It saw our football finally come together with the team working as a unit playing short passes and talking on the pitch. The quality and nature of the Rangers B team vastly improved which saw us win our first game of the season.”